As WooCommerce is built on top of WordPress filters are used extensively, and if you want to learn how to modify WooCommerce you’ll need to build a good understanding of actions and filters.

As we have already covered actions in another article we’ll take a look at filters in this article, we’ll firstly look at a contrived example to increase our understanding and the take a look at a real example from the WordPress codebase.

As we can see, the theme’s coder has included a line that lists the website owner’s favorite films, but rather than hard coding the film names they have used the apply_filters function which makes it easier for us to change the list of films. As it stands, the code above would output this line

Let’s take a look at the code we’d need to write to change the list.

Once the code has been run then any time that the apply_filters function is called with the tag “my_favorite_films”, then our add_an_extra_film function will be called.

To further understand what happens when apply_filters is called, let’s imagine that we add our “add_an_extra_film” function to the list of functions multiple times

In the example above we pass the priority 1 on each function so we don’t know in what order the functions will be called (and it doesn’t matter as all the functions make the same change to the initial value),

Because the add_jaws_to_list_of_films function is given a priority of 15 when we add it with the add_filter then it will fire after all of the functions in the previous example, and Jaws will be the last film added to the list. If we wanted Jaws to be added before the values returned from our functions then we would need to alter the priority value in the add_filter calls to something above 15.

It is possible to remove filters, so if we wanted to remove Jaws from the list completely we could run the following code

In all the examples we have looked at so far, we have only passed a single argument to the apply_filter call, which is the initial value of the favorite films list. Each function that we link to the filter is then able to access and change this value.

It is possible to pass additional arguments to apply_filter function, let’s take a look at an example below

Here, we have added an array of initial film lists, the thinking behind this is if the people using the code are running a particular type of film blog say a “hipster” or an “action” film blog, then they could use one of the initial lists to add their favorite films to. Let’s have look at an example of how they could do this

This would then show the following

The number two tells the add_filter  function that we wish to pass two arguments to the function defined in the second argument passed to add_filter, if we omit this argument then WordPress assumes that the function will only require a single argument. If we ran the code above with the final argument omitted then we would receive an error

An Example from WooCommerce

Now we have looked at a contrived example, let’s look at an example from the WooCommerce codebase

The code above can be found in https://github.com/woocommerce/woocommerce/blob/master/templates/loop/add-to-cart.php 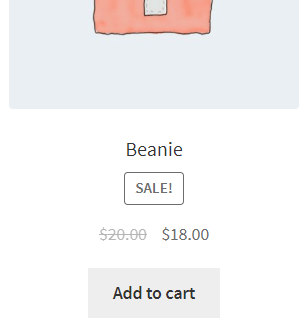 As you can see from the code, the HTML mark-up for the button is passed as the value argument of the apply_filters function, so if no functions are added to the filter then it is this code that will be displayed. As well as the value argument, additional arguments are supplied that provide details of the product the button is been created for and an array containing further data.

As you can see from the code, a function named hwn_replace_add_to_cart_button is created, the function creates the HTML mark-up for a button that redirects to the product details page rather than adding the product to the cart.

The code uses the $product argument to get the URL for the product details page, as this argument is used the accepted argument parameter of the add_filter function is set to 2.

If we wanted the function to completely remove the add to cart button then we could dispense with the $product argument and remove the accepted argument parameter of the add_filter function, as in the example below.

If you have any questions or queries about the article then please don’t hesitate to let me know in the comments.